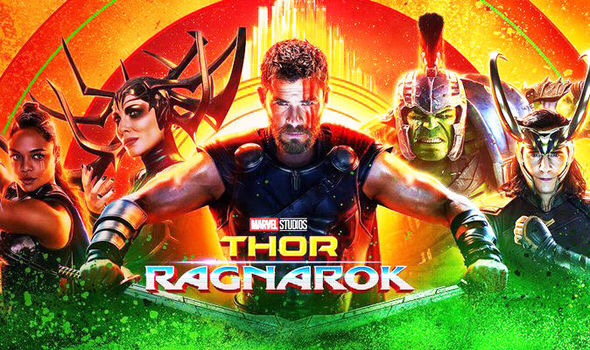 What a movie. What a movie. There is not a single moment that is not jam-packed with action and comedy. Taika Waiti takes a serious script and completely flips it on it’s head, turning it into a 2 and a half hour genre mash of metafiction and absurdist comedy. It’s like Guardians Of The Galaxy had the world’s largest sugar rush.

Now, that’s not always a good thing. It basically means even the parts that should be serious are absolutely ridiculous. And to be honest, it can sometimes feel a bit like a Guardians Of The Galaxy wannabe, especially at the start and the end of the movie where they play The Immigrant Song by Led Zeppelin.

I also don’t think the story lends well to the directing style. I mean, it’s a story about the goddess of death taking over Asgard and a giant demon trying to destroy it. And yet, Taika Waiti manages to make a great movie out of the most contradictory story and genre possible.

There was one actor who I absolutely loved in this movie and I don’t think anyone will be surprised by this. I loved Jeff Goldbum. His character was so great, and he was definitely the most funny and interesting character in the movie.

I also think the emphasis that was placed on improvisation really helped the movie be as good as it was, because when the comedy is basically the entire movie, the comedy has to be pretty good.

But to be honest, this really isn’t a movie to be over analysed and scrutinised. It’s just a fun, ridiculous film that I’ll probably watch again a couple times.

And that’s what most Marvel movies should be, because to be honest, I don’t plan to watch Doctor Strange. Why? Because it seems boring. And Thor: Ragnarok is definitely anything but boring.