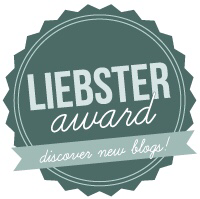 Right, that title took forever to write because of the abomination that is… dun Dun DUNNNNNNNNN… auto-correct. But anywho, I was nominated for this award by The great awesome (who’s posts you will love if you like random spewing of thoughts) and in an uncharacteristic fashion, I haven’t created a post about it hours after the post by the nominator comes out. But anyway, here I am, doing the liebster award, and I have no idea what that word means.

Right, I’ve done number one, and I have no idea what number two means, so let’s go to number three. Random facts. Oh, I’m pretty good at that. Here we go:

10 random facts about myself:

And for the people I’m nominating:

Has DumCheese been nominated. Yep. Wellllll…

Well, I’ll just nominate The Indian Indiehead. He’s a great music blogger and he’s fairly new so you should definitely check him out if you’re into that sort of thing.

I feel lame since I only nominated one person. Oh well.

I’m leaving now to watch a film which I may or may not review but anyways,

2 thoughts on “The Liebster award”